Kitten Waits Next to a Curb Until Help Arrives, Now Blossoms into Someone's Little Shadow


A kitten who waited next to a curb until help arrived, has blossomed into someone's happy little shadow. 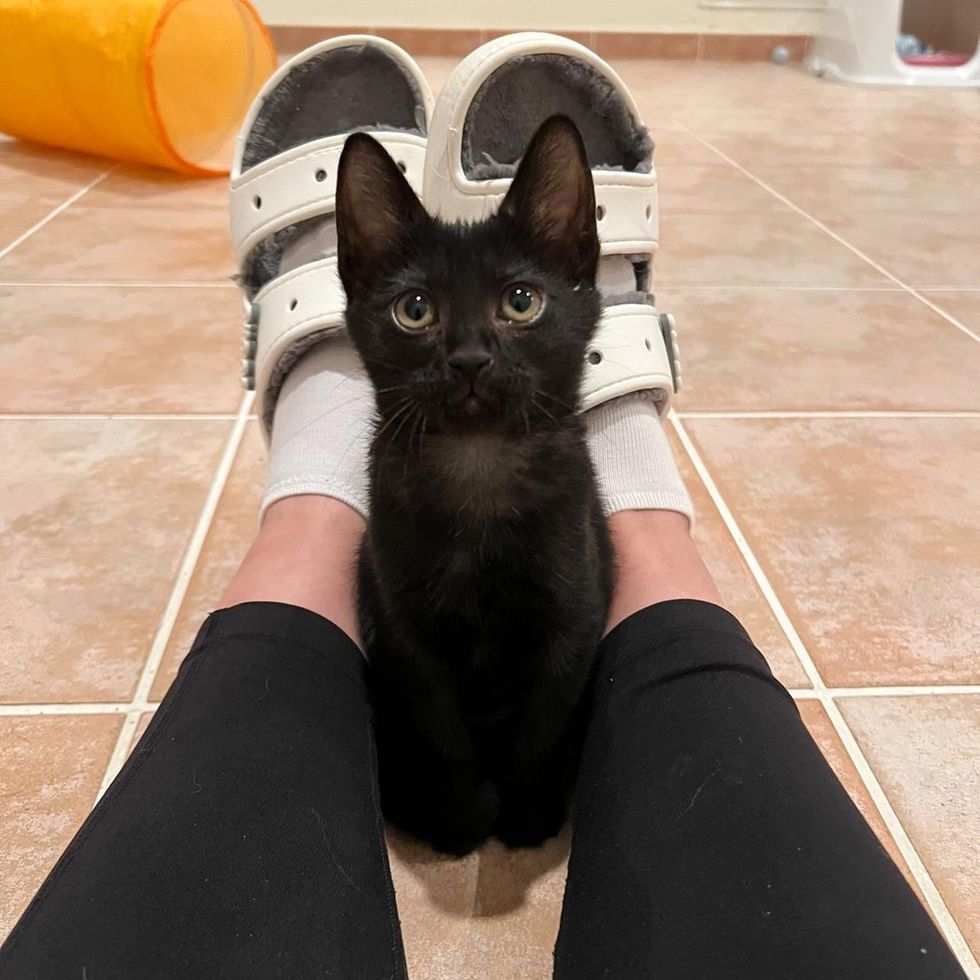 About a month ago, Laila D'Souza, an animal rescuer and founder of the Winston Memorial Foundation, was on her way home from work when she spotted a little ball of fur lying next to a curb.

Seeing a lot of traffic just passing by, Laila pulled over and went to investigate. As she got closer, she saw a tiny kitten on the side of the road, frozen in fear. She scooped up the kitten and headed back to her car.

The kitten was about four weeks old, and there was no sign of a cat mother or other siblings. Despite being very scared, she was glad to be away from the busy traffic. 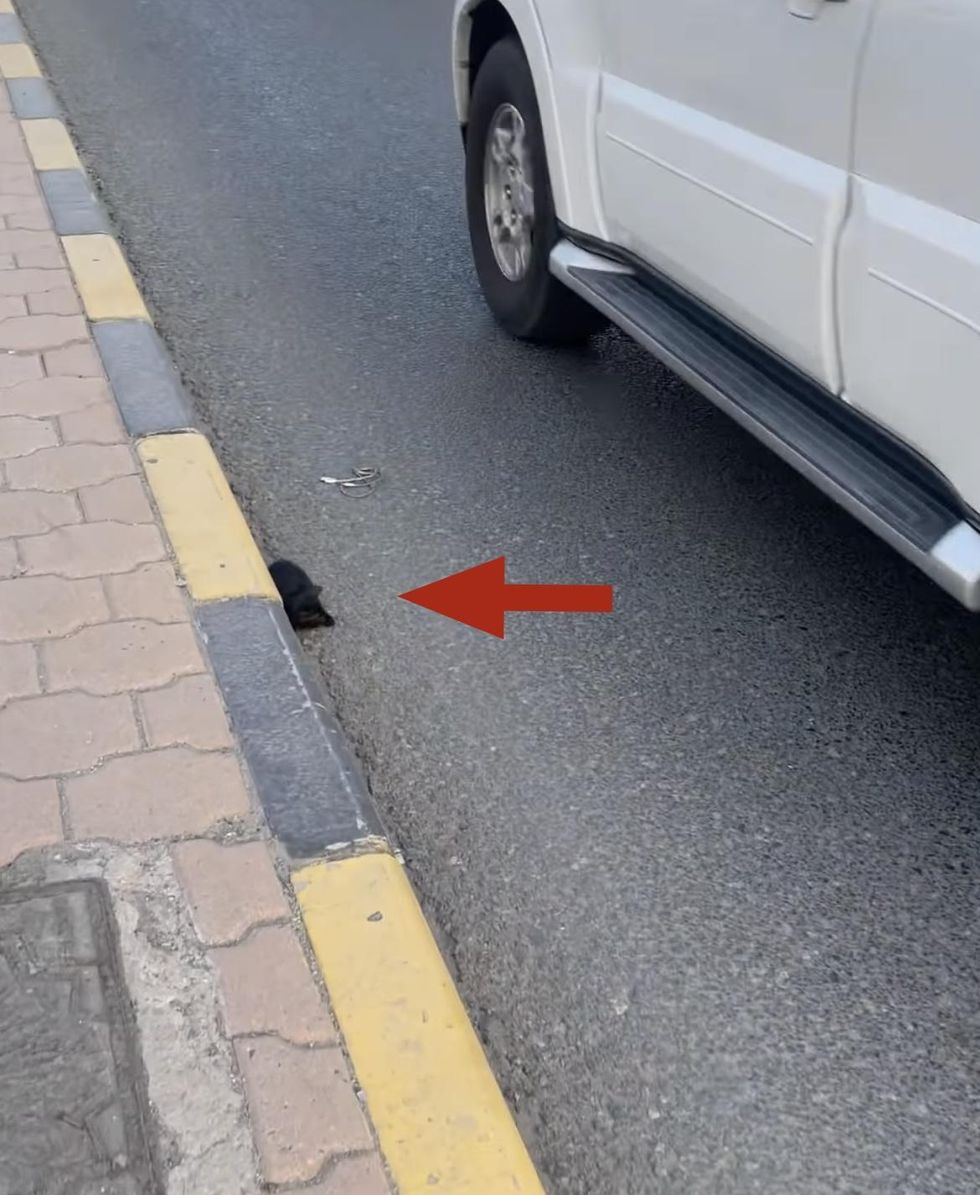 "Luckily my friend stepped up to foster her. The kitten (named Scarlet) was petrified, shivering and refused to eat," Laila shared with Love Meow.

Scarlet was given a quiet space to decompress. For the first couple of days, she would hide in a corner and startle at the slightest sound. "She was absolutely terrified when she first came to me," Scarlet's Foster Mom shared with Love Meow. 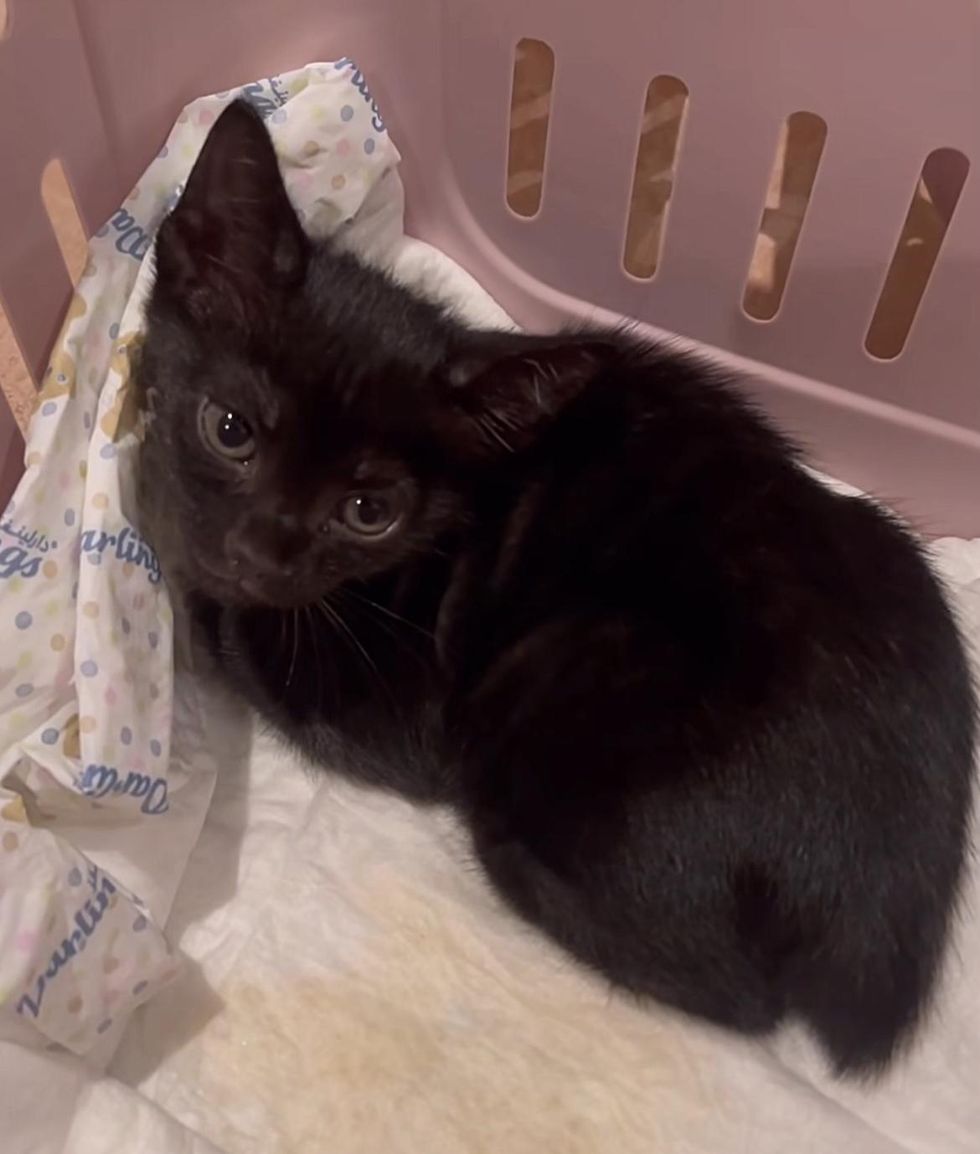 "She just tried to hide anywhere and everywhere to avoid us."

With plenty of food and lots of patience, Scarlet started to entertain the idea of coexisting with people indoors. With each passing day, she felt more at ease around her foster family. 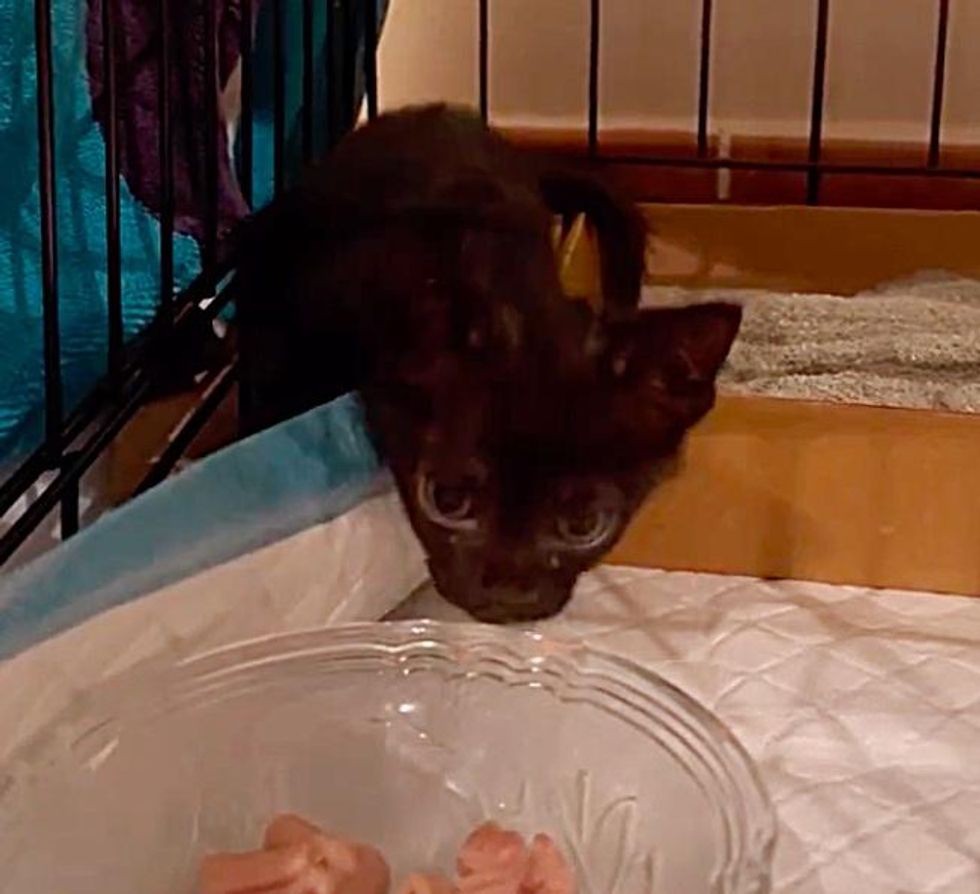 Slowly but surely, she started to come out of her shell@rescueforwinston

"It took a couple more days for her to be 100% comfortable. She finally started to run up to us and rub her head on us."

When Scarlet realized that she no longer needed to be afraid, she came out from hiding once and for all and started to play. Her boisterous personality quickly emerged, and she became unstoppable. 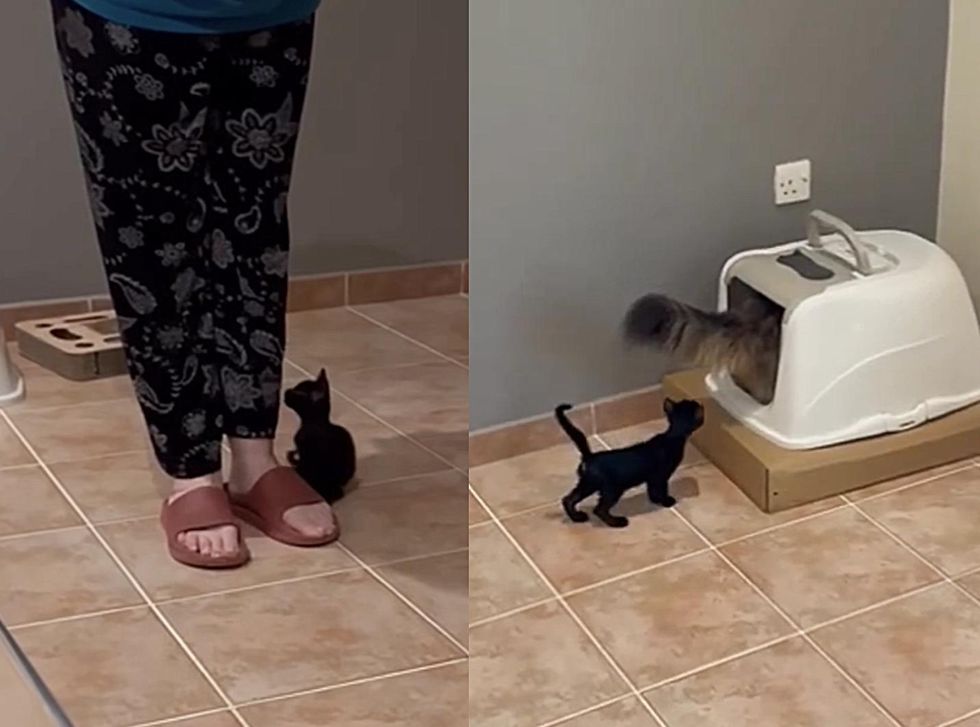 Once she realized she was safe, she became a big personality@bella.thebmd

Scarlet would chase the resident dog Bella and her foster mom everywhere around the house. After getting her playtime in, she would purr up a storm and fall asleep in their arms.

Watch Scarlet the kitten and her journey in this video:

Since then, Scarlet has been running around the house with her unbridled energy as if she owned the place. 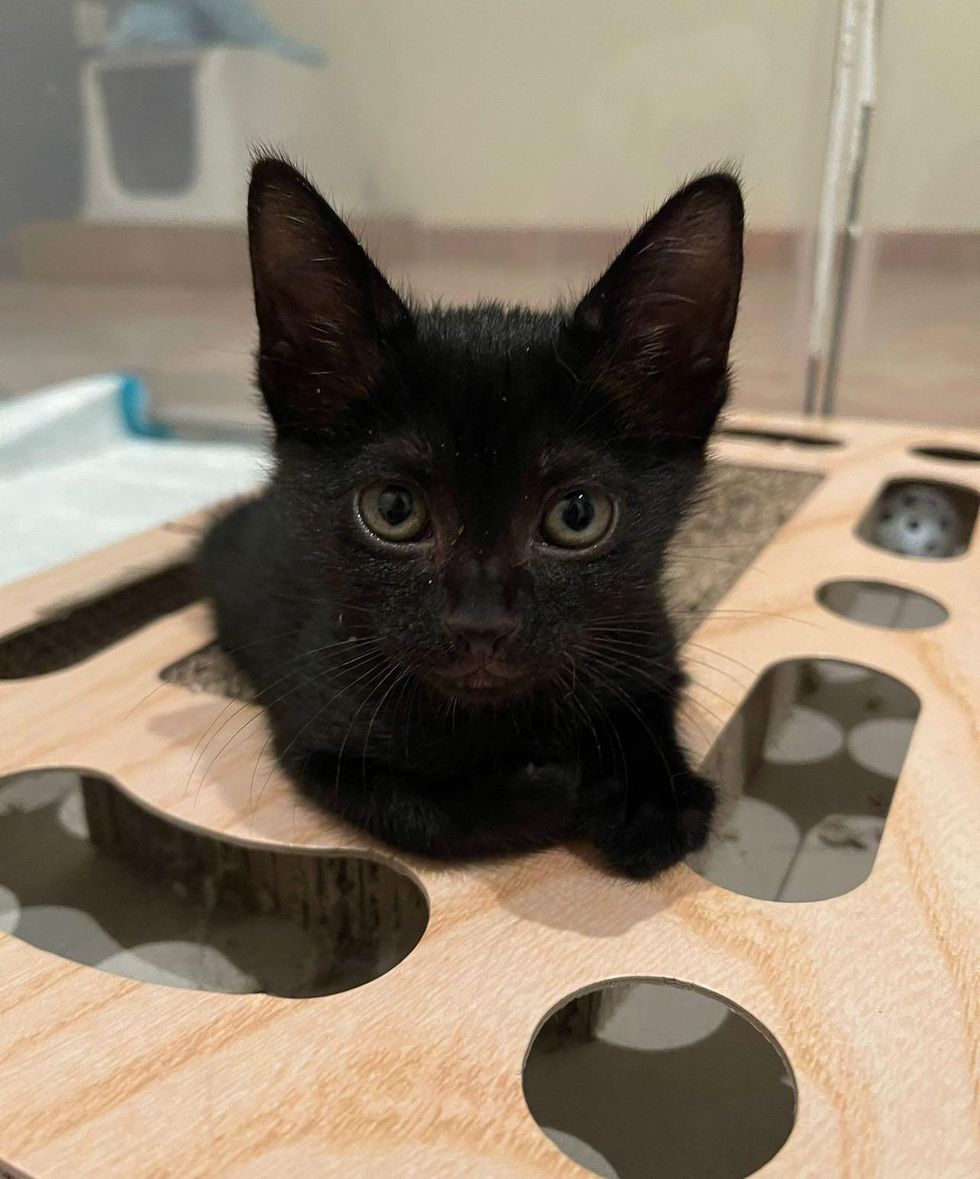 "She is really funny, super energetic and playful. She loves playing with feathers and loves cuddles when it's dark. All the energy gets drained during the day, so when night comes she's ready for a lot of love," Foster Mom told Love Meow.

"She loves sitting on our shoulders and being close to our faces." 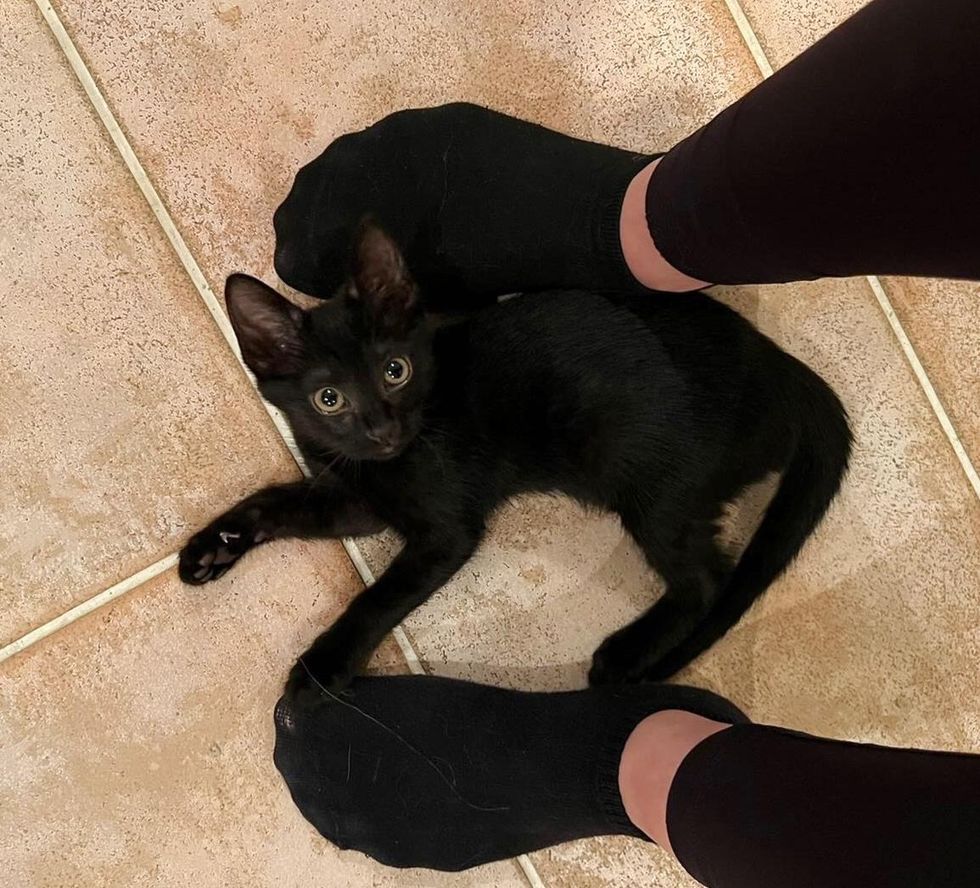 Scarlet has grown in size and strength, but some things never change. She enjoys supervising her people and has been her foster mom's little shadow everywhere she goes.

She's always ready to play and shows so much ferocity when she spots a feather toy. In the near future, Scarlet will be paired up with another foster kitten, so she will have a constant buddy to tumble and snuggle with. 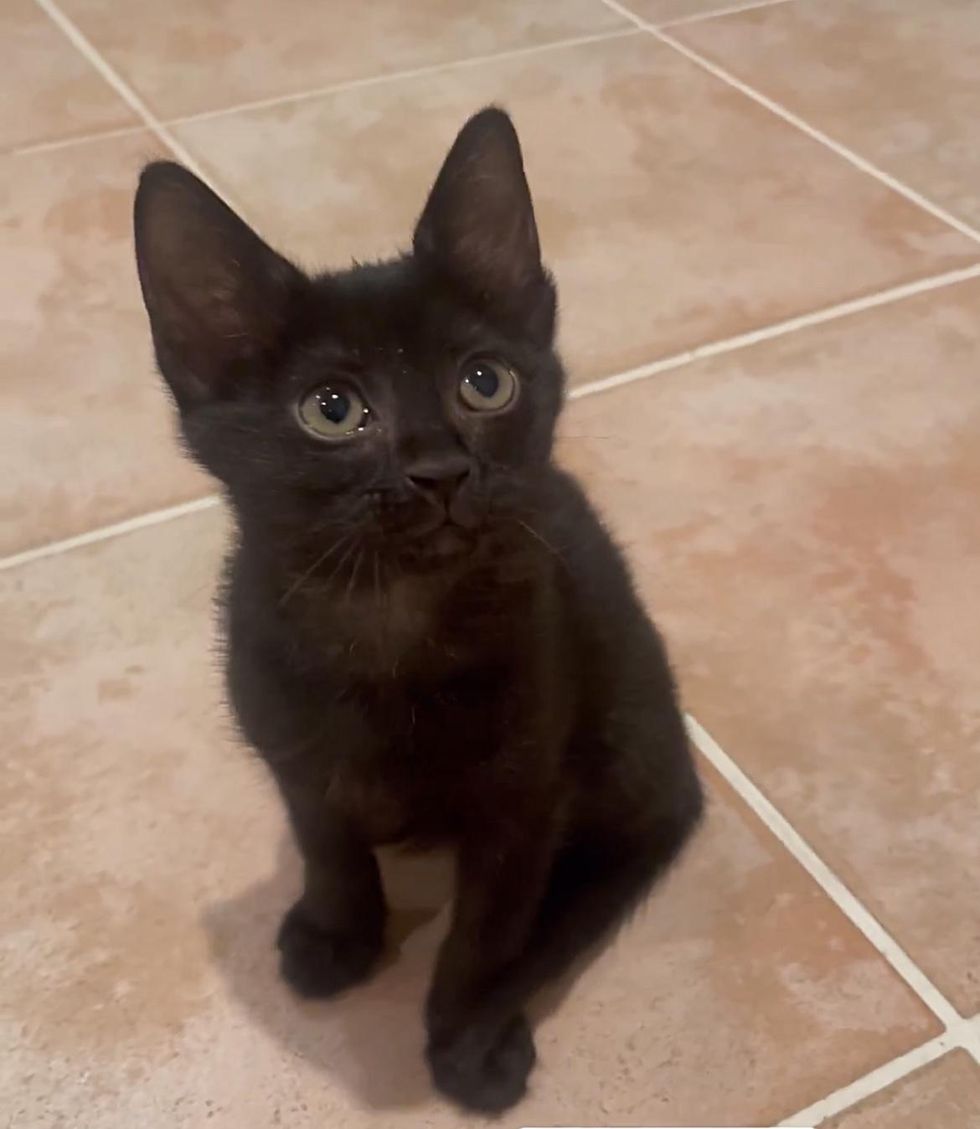 No one knows how Scarlet ended up on the street by herself, but she will never have to worry about food and shelter. Her life will be filled with joy and plenty of cuddles. 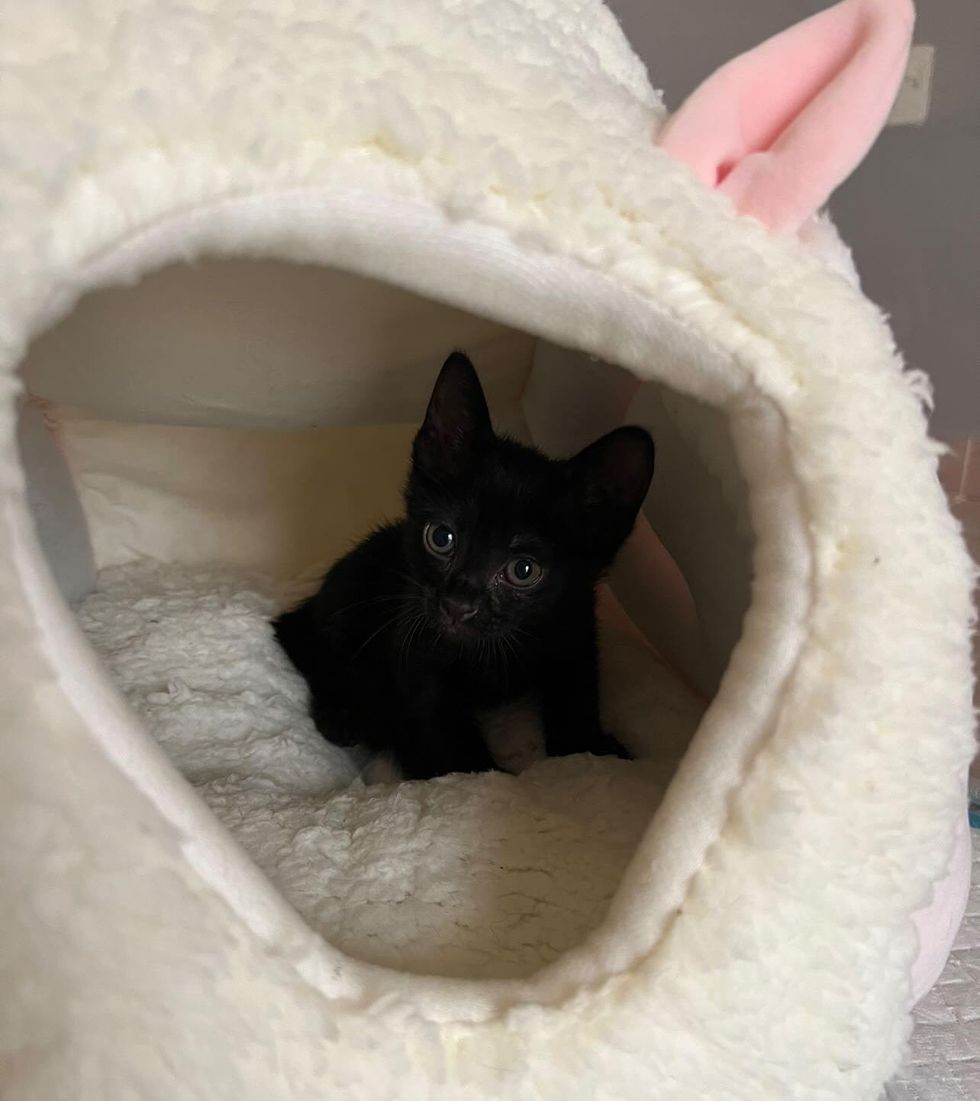 Related story: Kitten Arrives as Orphan Eager for Warmth, and Finds Cat Who Doesn't Hesitate to Take Him in