A kitten who runs around without sight, has found a cat to look out for him as his new mother. 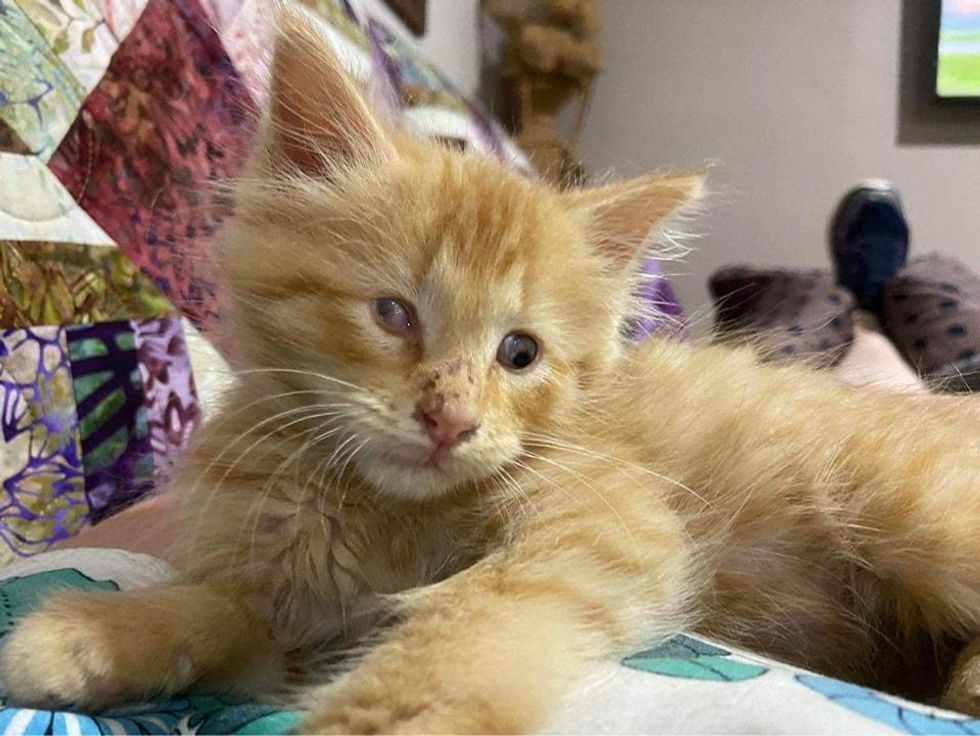 A few weeks ago, a little orange kitten was brought into an animal clinic in Brisbane, AU for a chance at a better life.

Dr. Georgia from the clinic received a call from someone asking to surrender a kitten with "eye issues". When he was dropped off, she realized that the kitten had microphthalmia, a developmental abnormality of the eyes. 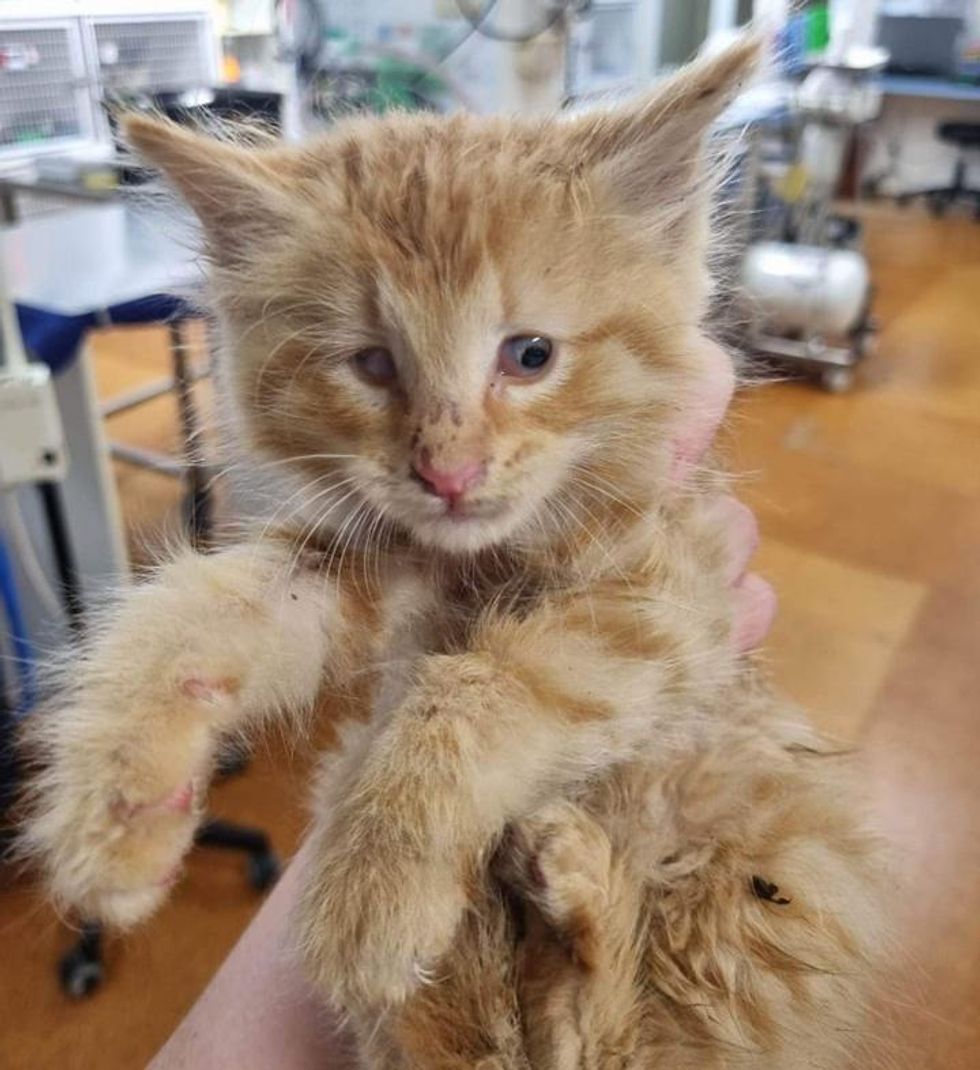 The fluffy kitten whom they named Amigo, was a bit shy and unsure at first. With a quiet and comfortable place to stay, he began to warm up to his people.

It appears that one of his eyes has no vision, and he can't see much through the other eye. His condition doesn't seem to bother him at all, as he goes around the room, mapping every corner and playing to his heart's content. 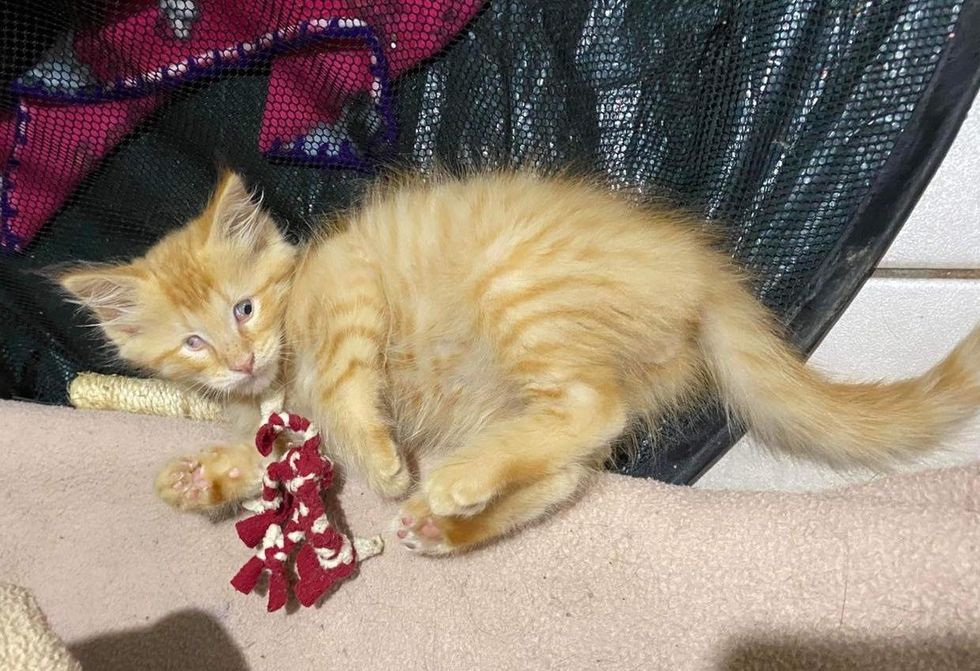 He is gaining confidence each dayBest Friends Felines

"He is getting lots of love, gaining confidence every day, and learning that humans aren't so bad."

Amigo settled beautifully into his new space, but needed a friend to keep him company. A rescued cat named Smokey was brought in to have a meet-and-greet with the tabby boy. She immediately took him in as her own. 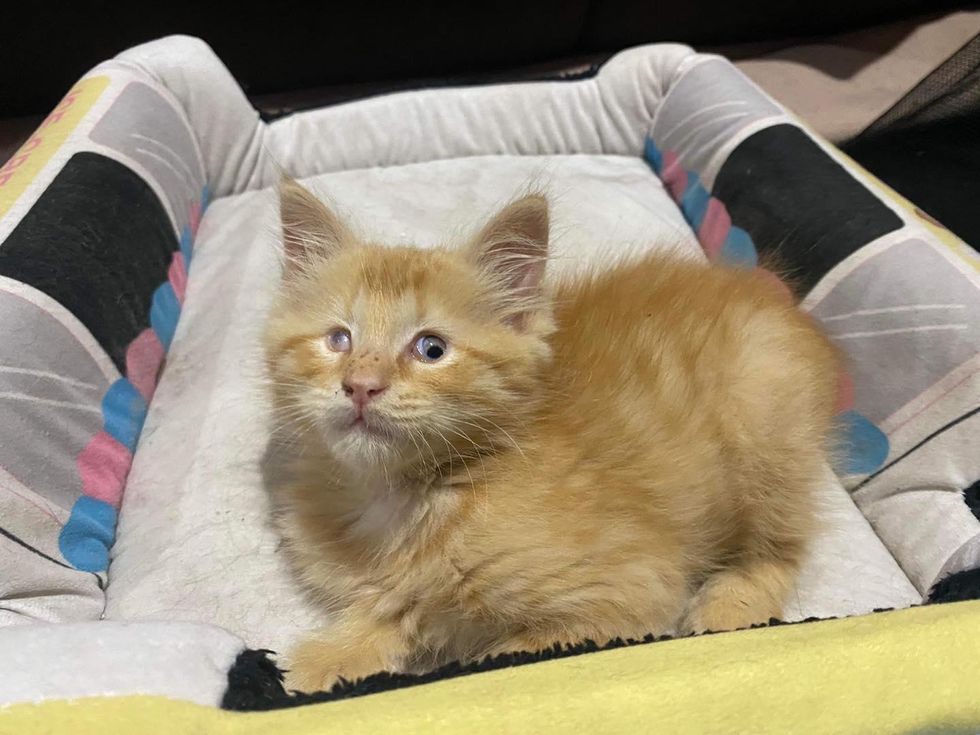 Smokey was once someone's pet but sadly left behind to roam the outdoors until a Good Samaritan found her.

She arrived at the rescue heavily pregnant and in need of a place to raise her babies. She was so thankful to have a roof over her head and plenty of food to eat. 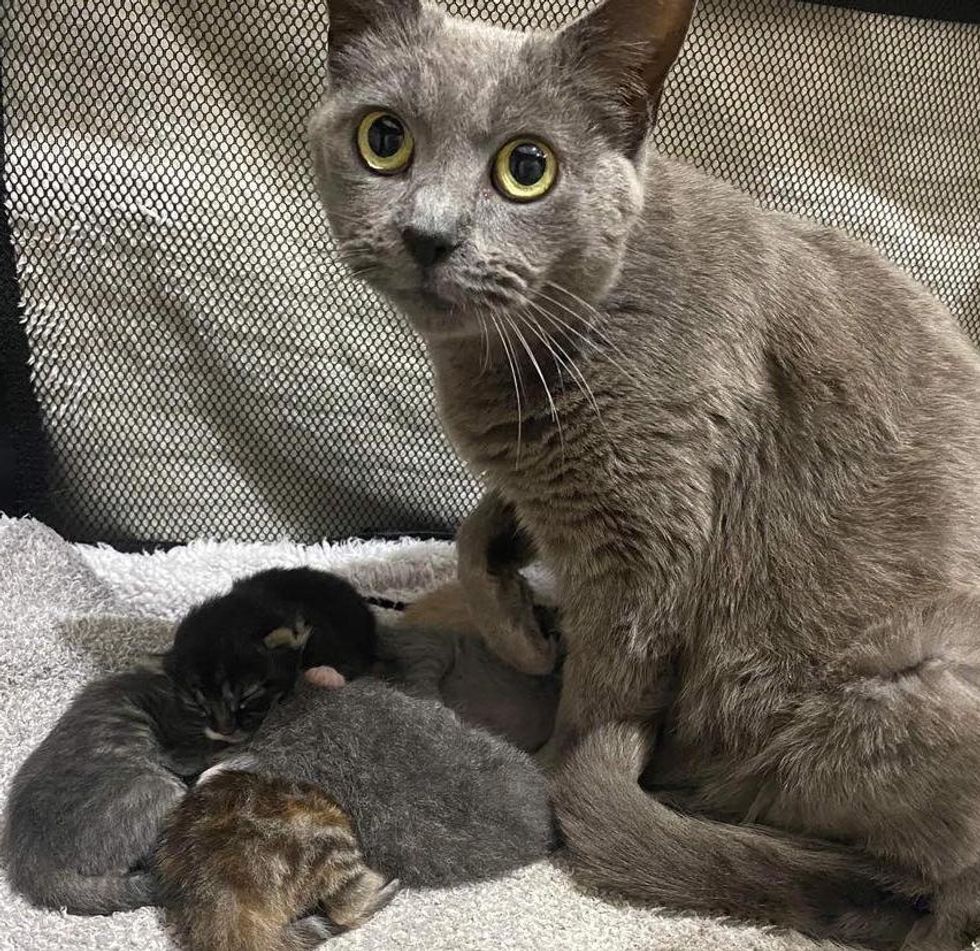 Smokey the cat and her babiesBest Friends Felines

She raised her litter into healthy, happy young cats, and they quickly found their forever homes. Three weeks later, Smokey continued to wait for her happily-ever-after.

When Smokey met Amigo, a blind lone kitten, she just came running to him. 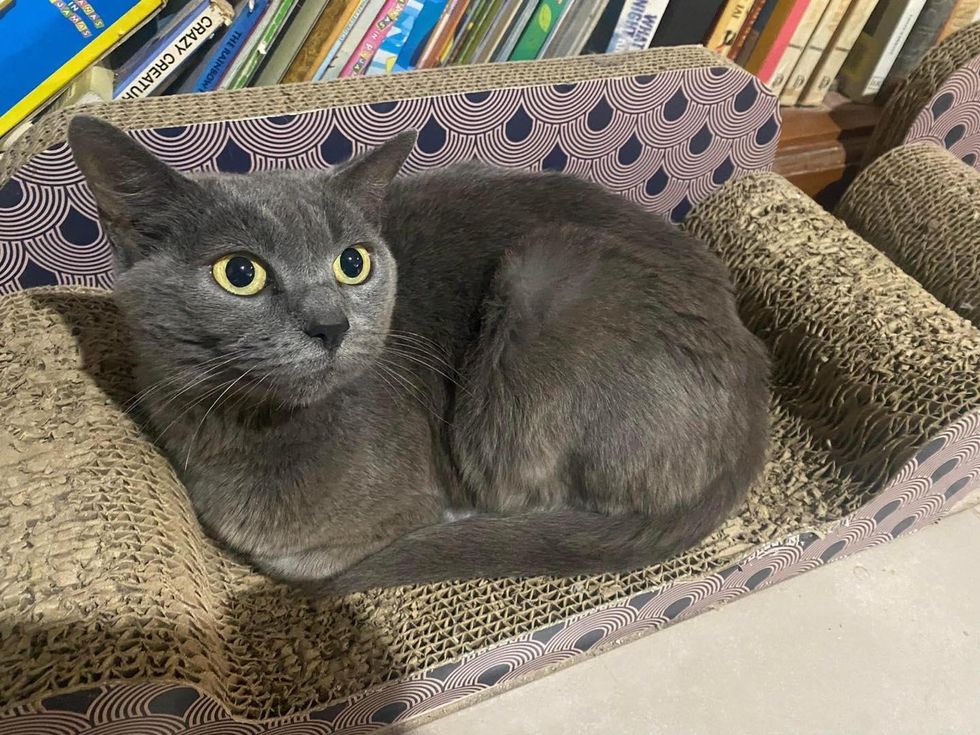 "She has decided that Amigo is her new baby now, so she looks out for him and grooms him. He can still be a little on the scaredy-cat side, and loud noises can startle him," Nikki shared.

Smokey will come join him in the cat bed and snuggle right next to him, so he won't feel alone. 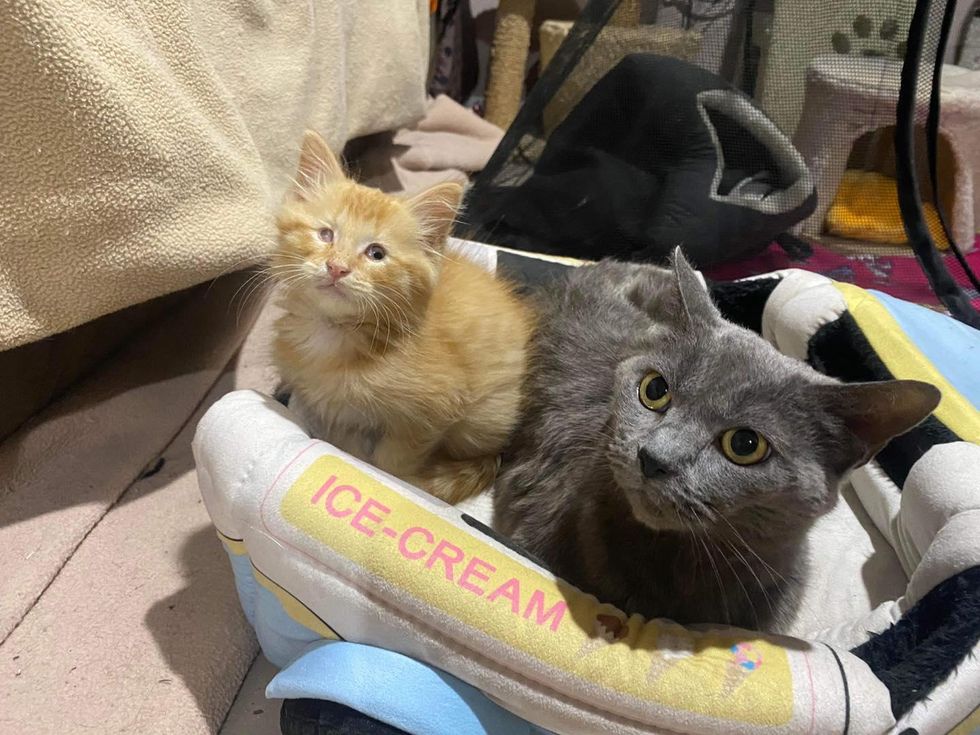 Smokey decided to raise Amigo as her ownBest Friends Felines

"He can't see much at all, and he often bumps into walls and objects, but it doesn't seem to faze him."

With reassurance from Smokey and plenty of cuddles from foster carers, Amigo is getting braver and more adventurous. He turns into mush when Smokey dotes on him or sits next to him. 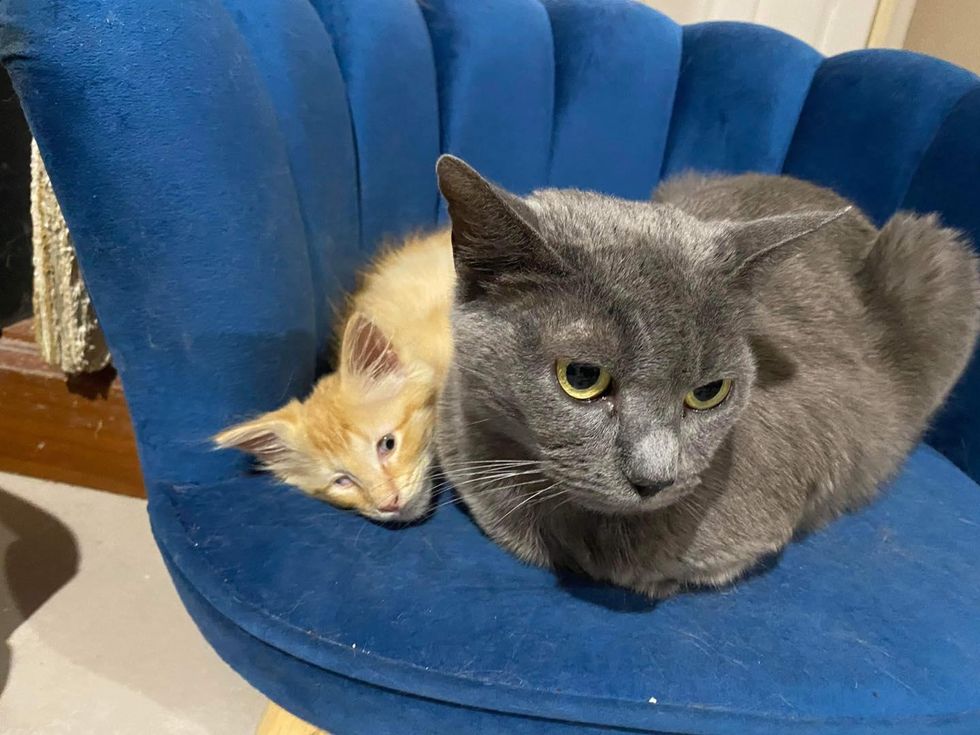 When the kitten romps around the room and plays with toys, Smokey is always nearby watching over him.

Amigo climbed up the cat tower all by himself and found a comfy ledge to chill on. 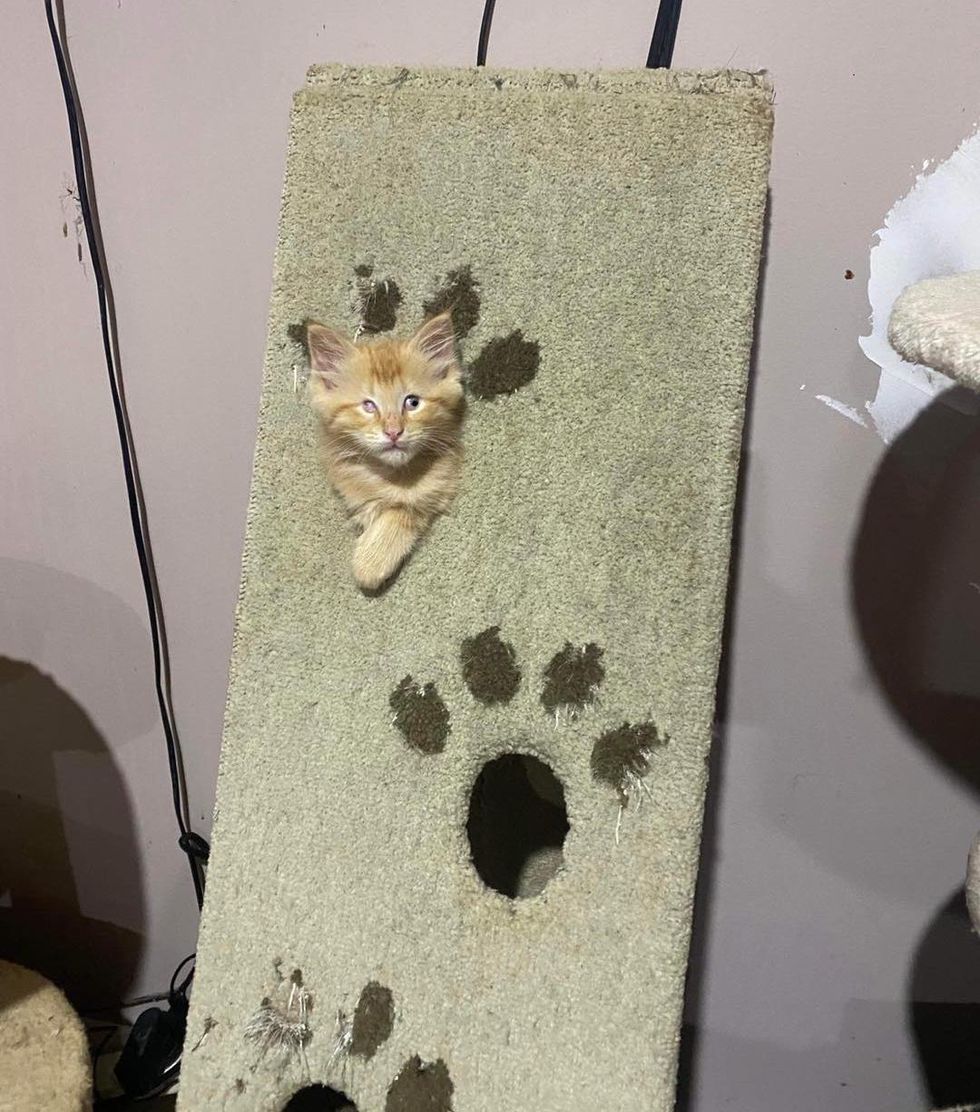 The little blind kitten has grown in size and confidence. He no longer shies away from people and is eager for their attention and cuddles.

He is so happy to have a new mom who caters to him, and other foster kittens to play with. 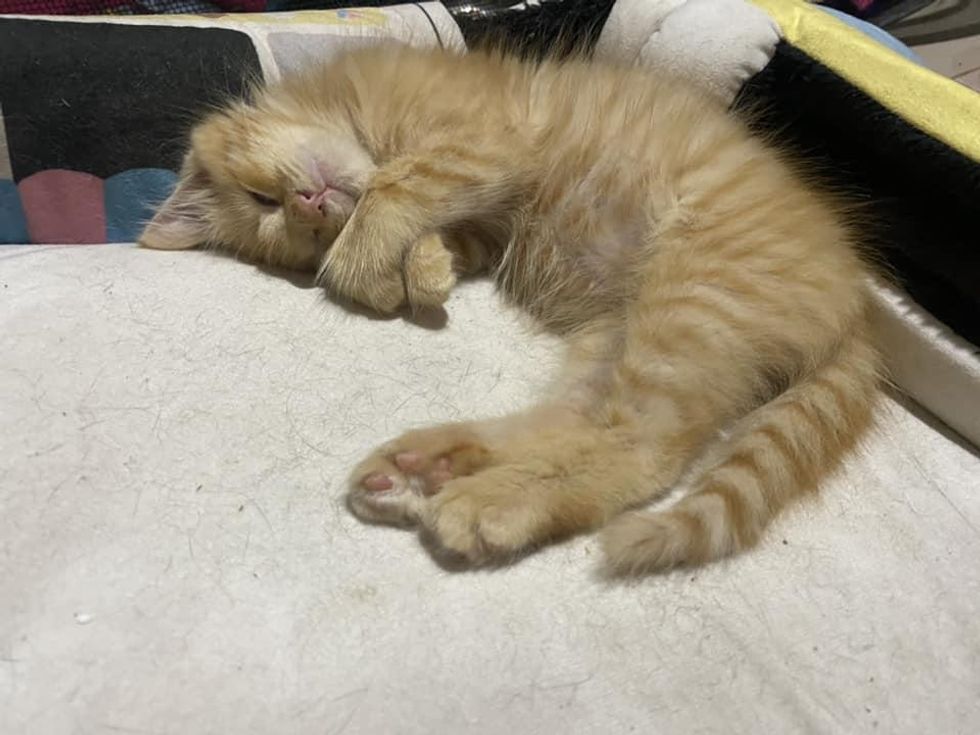 Related story: Cat is Overjoyed to Be Reunited with Kittens in a Comfy House After Being Left Outside in a Box