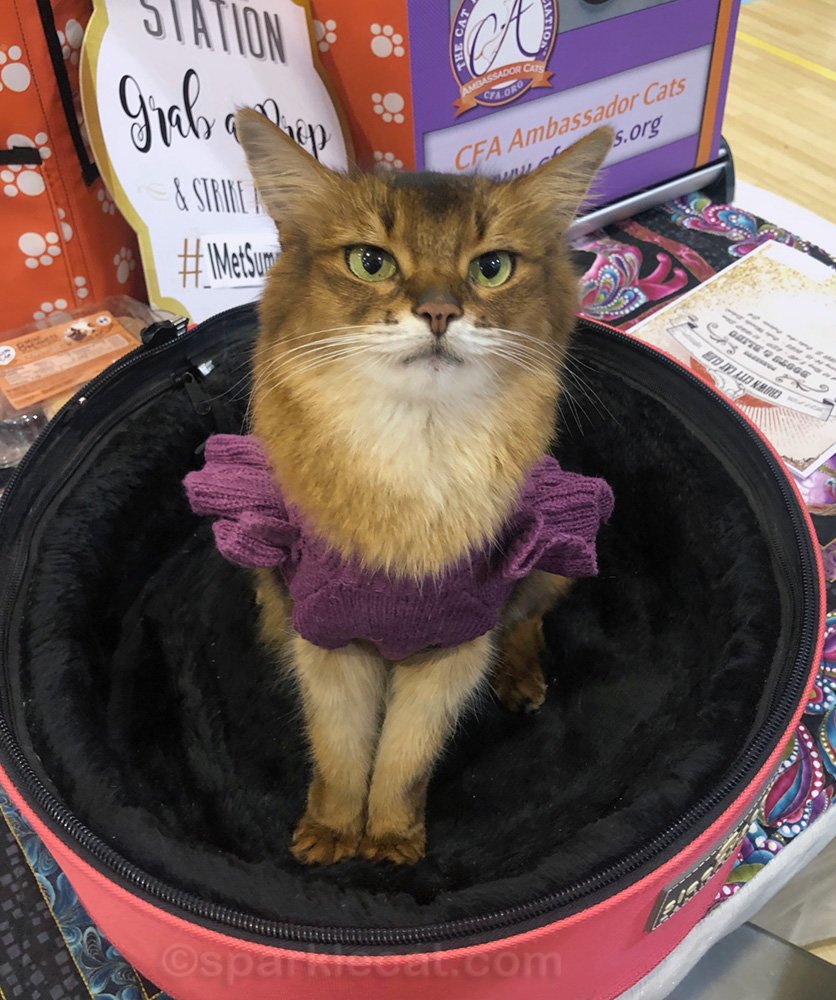 I had a great weekend at the cat show in Ontario, California. And in case, you are wondering, this sweater was a big hit! I actually wore all the sweaters I brought this time. 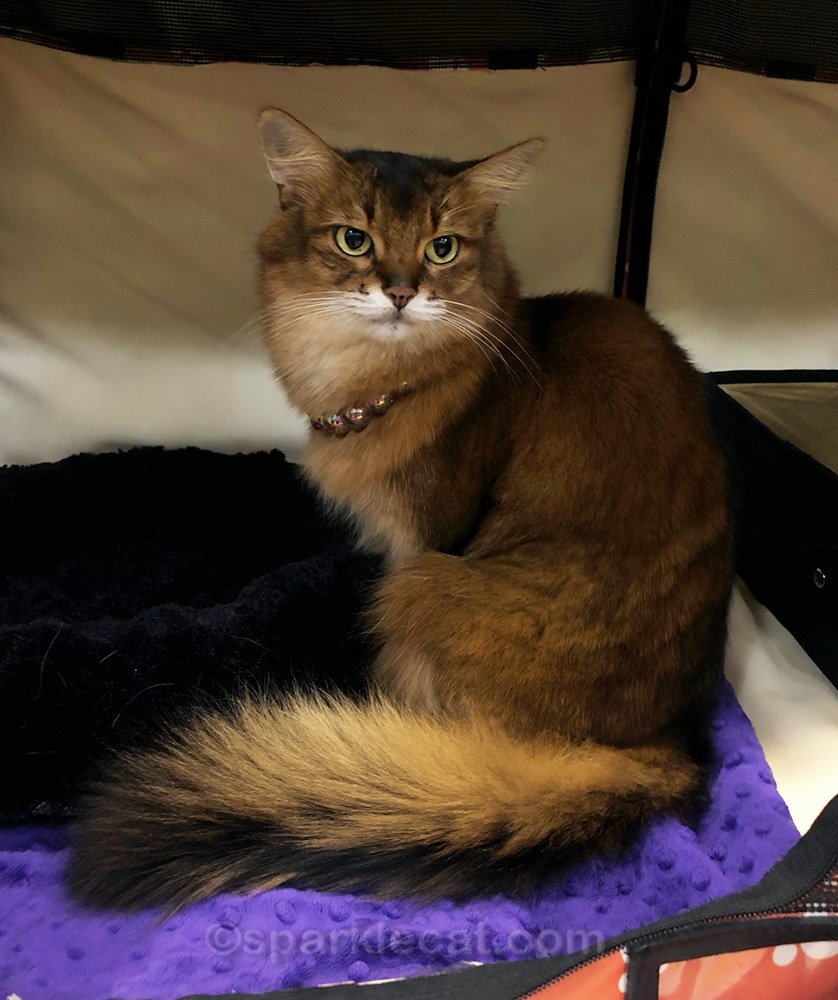 I had lots of visitors from my social media accounts! That was really awesome, considering that this is a small show that doesn’t get a lot of spectators. But I still had time to hang out and do stuff like practice my model poses. 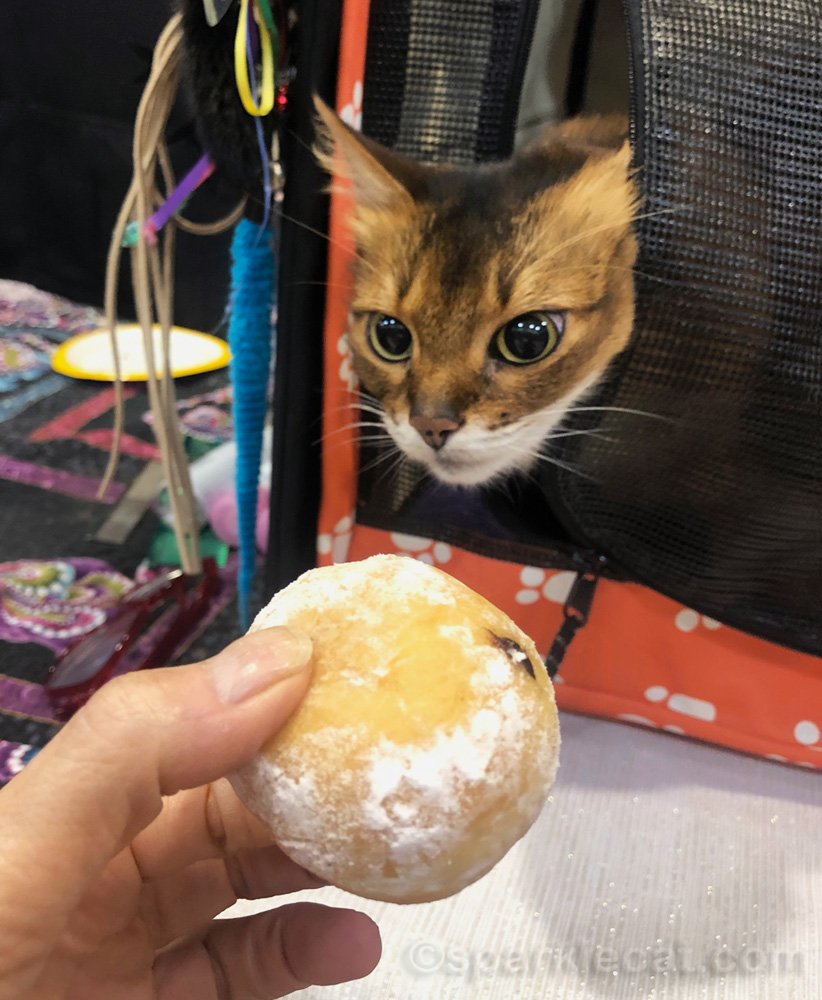 My breeder was there with her latest cat, and she brought some food, including these mini beignets with chocolate hazelnut filling. Of course my human had a few. And she didn’t share. 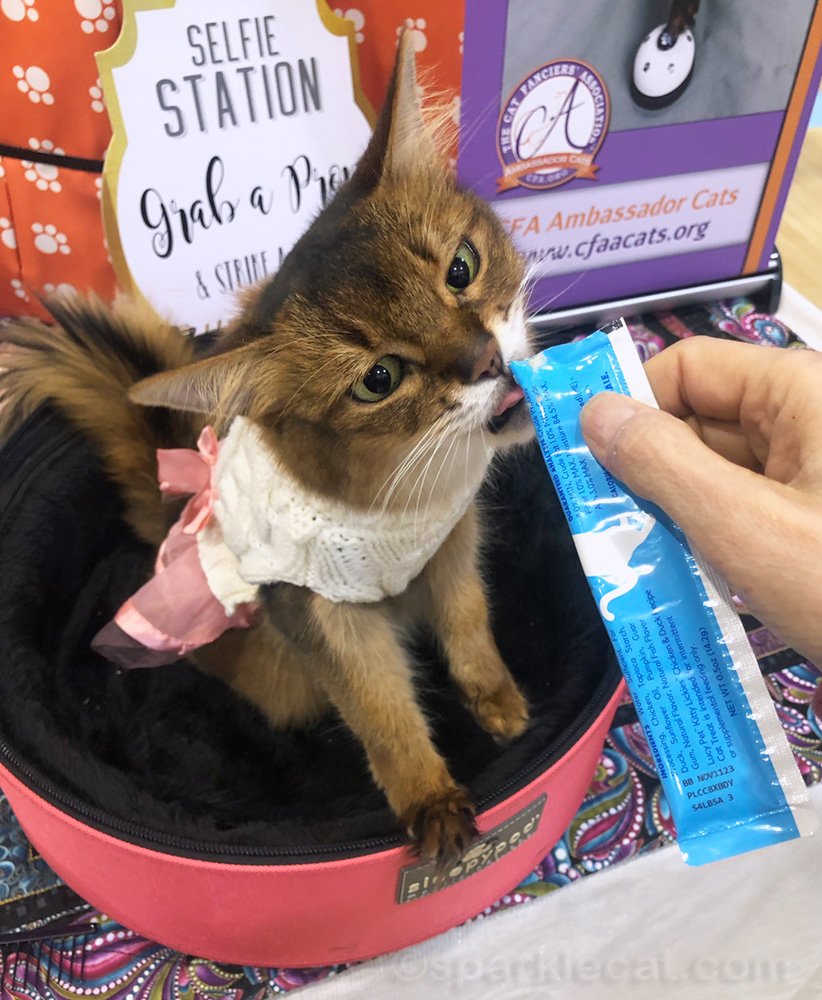 But don’t worry — I got lots of treats! Including these tube treats (yes, that’s an Amazon affiliate link). Somebody was giving away packages of these, like baskets full of them. So my human grabbed a few, and I’m glad she did. 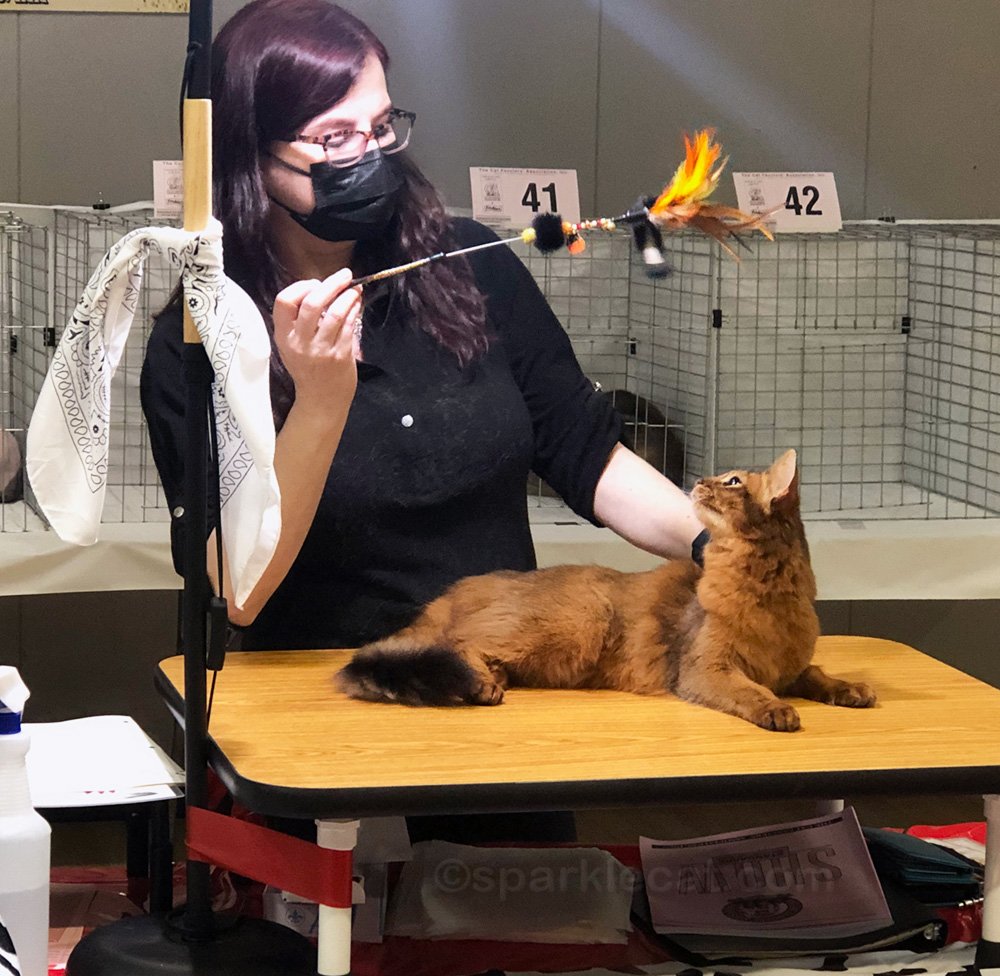 In case you are wondering about the kitty my breeder brought, her name is Stella, and she is stunning! I haven’t seen much of her because she was mostly being shown in the other cat registry organization. (I am a CFA Ambassador, and she was placing in TICA, which doesn’t have an Ambassador type program…yet.) 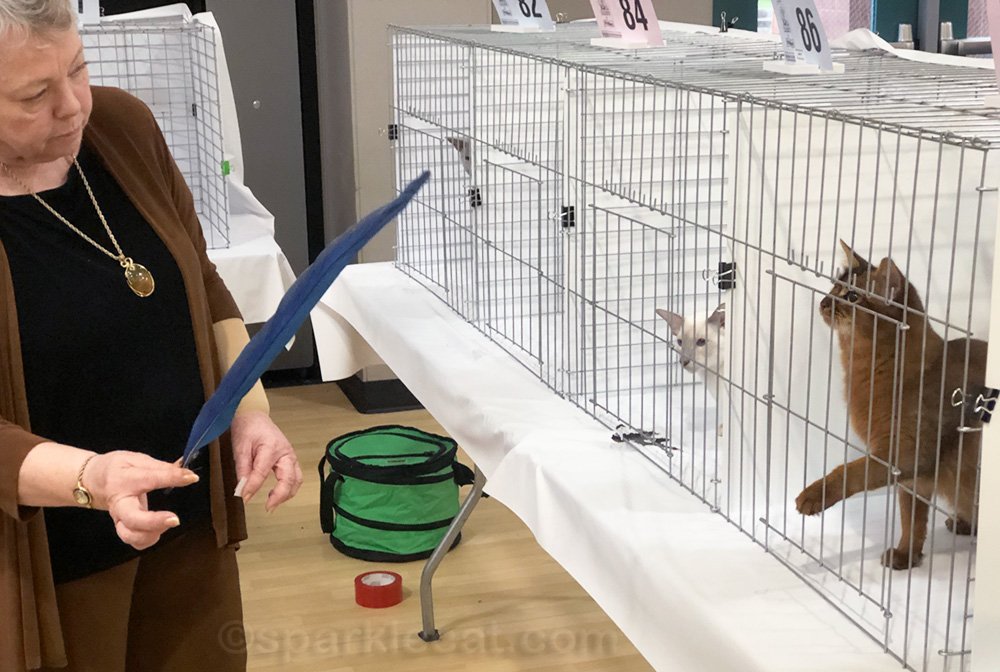 She already won everything she could in TICA, so she came over to CFA for some shows. This is only her second CFA show, and she did really well! In fact, she earned her grand title. (It took me three shows when I was competing.) In addition to being a show winner, she is also really sweet, which runs in my family. 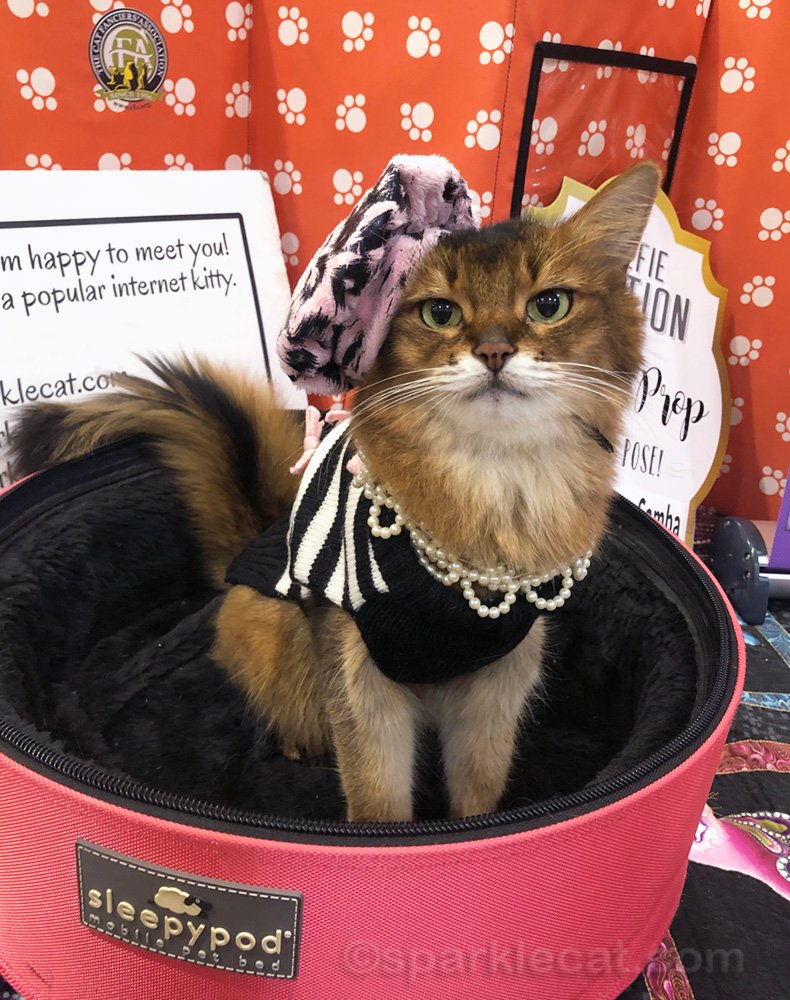 Although I don’t imagine she would willingly wear my outfits! I’m pretty unique when it comes to that sort of thing. 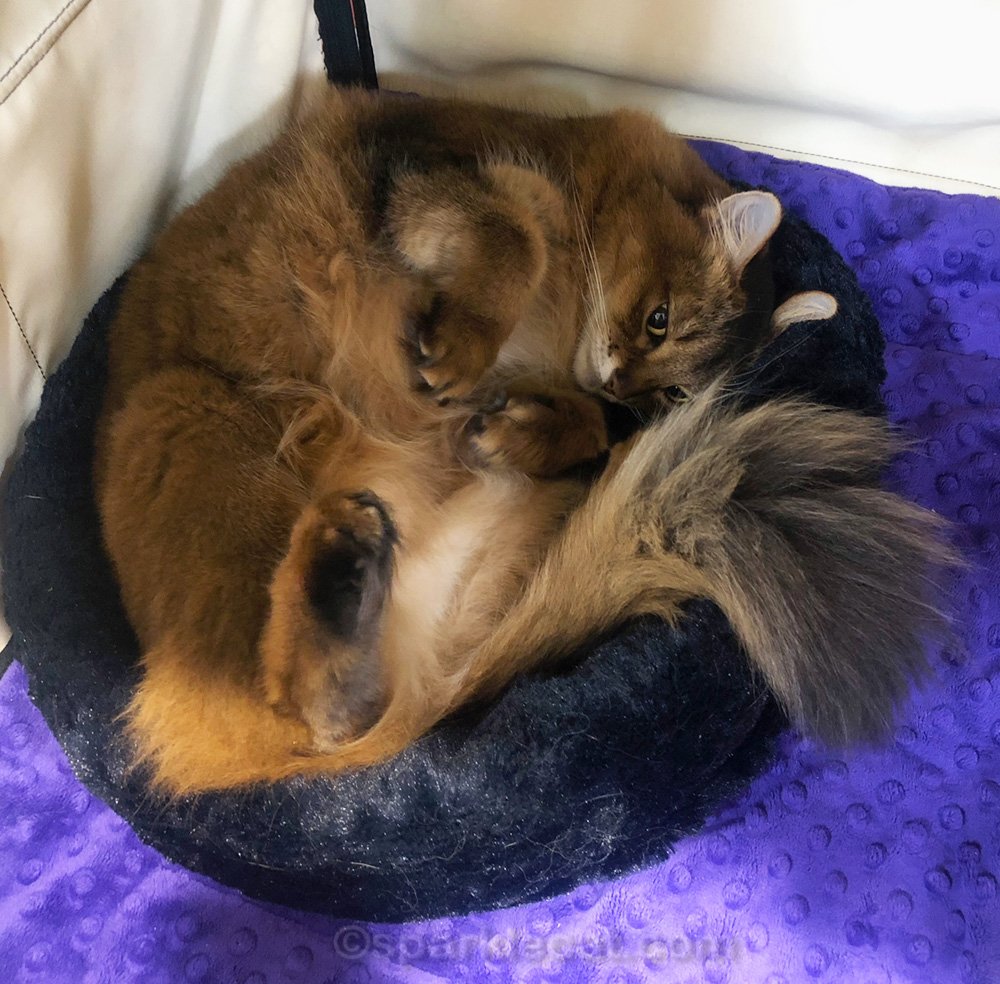 Anyhow, it was a fun, productive cat show for both of us! I was very happy to be there. 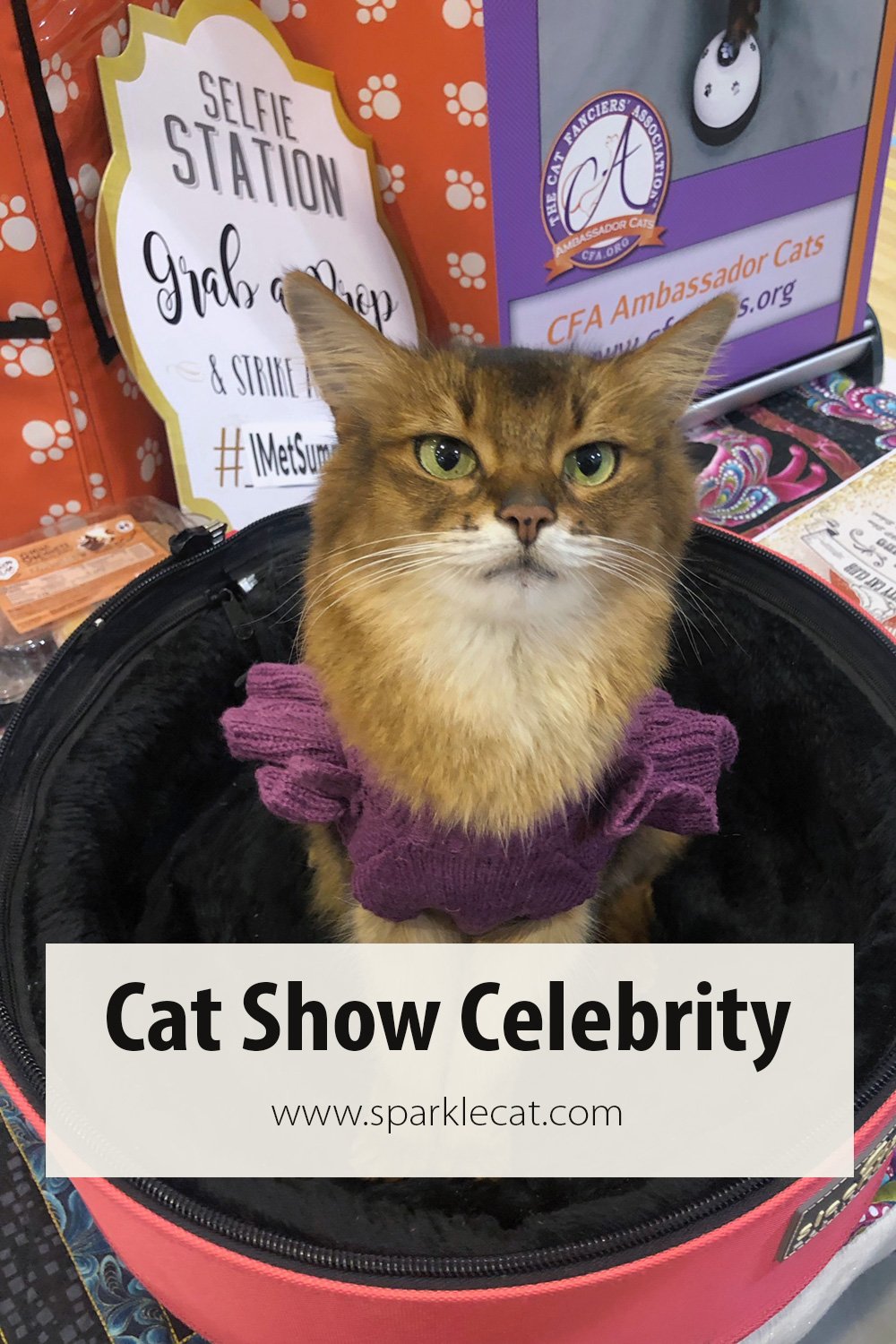